JOY’S POV
The voice was that of a young lady. I motioned them into my house, and with a smile, the young lady greeted me. So mesmerized at  her beauty that I totally forgot to reply her. Mark had to tap me for me to answer.
“Oh, you are so welcome, my lady”
She blushed when I called her my lady, and I had to confess she was indeed beautiful. Mark couldn’t stop grinning from ear to ear as I escorted them into the living room.
“Your husband…” he was about asking but when he saw the look of my face at the mention of the phrase, he stopped.
I walked into the kitchen to serve our guest, Mark followed me immediately.
“Joy” he called me.
I turned to look at him, short of what to say. He should be satisfied for breaking my home, why did he even tell me about that night? perhaps if he hadn’t told me, my husband would have confessed to it by himself, but if he did I wasn’t sure I had the strength to forgive him either ways.
“You have asked your husband right?” 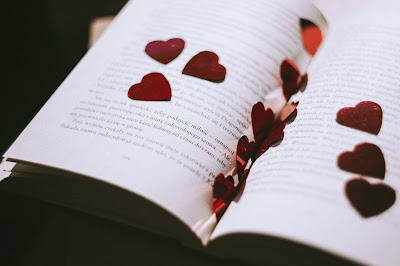 I looked at him, the look in my eyes gave him the answer he needed to hear.
“Am sorry, Joy; the way I told you that night, I really never wanted you to hear it from me, but I had no choice that night because…” he paused as he assisted me in lifting the jug.
“… I visited your husband a month prior to that night, I challenged him to tell you the truth unless I will tell you, but I knew he wasn’t ready to talk; that night I visited, I came because I overheard some of your church members blessing God over your life, you were pregnant; I couldn’t accept the fact that you were pregnant for him, I knew immediately he hadn’t told you, so I decided to visit”
Looking at him, unsure of what to say; I wasn’t angry nor annoyed.
“You were like a sister to me, Joy and I wanted the best for you even though you never returned my feelings back then. When we dated back then, I knew you dated me to feel free from the shame of being raped. I wanted you to keep the baby then and I was glad you did, but when I found out John was your husband and the man who actually raped you, I was really enraged but seeing you truly loved him, I went to see him, wanting him to tell you the truth with his own mouth but he disappointed me”
Mark had been like a brother I never had, despite being poor; he loved me and my unborn child back then.
I knew he loved me but I counted him as a brother, yet he stood by me. I dated him back then as a way to rid the shame of being pregnant at such a young age.
He witnessed the birth of Juliana and even christened her, he took care of us both but I couldn’t fully love him because his anger was always an issue I had to deal with.
I grew up in the same neighborhood together with him, my parents left me with an abusive uncle at a very young age of 6 because of a debt they had to settle. I was beaten every day and abused, Mark was always there to comfort me, when my uncle died; his parents took me in.
He was always there for me but the day he asked me to introduce my parents to him, I felt angry; my parents were a chapter of my life I never wanted to remember so I lied that they were dead. But, getting married to John made me forgive my parents, he had insisted they be there for our marriage. Though, they are no more as of now. They died in the same month two years ago.
I would have married Mark back then despite not loving him but his anger was intolerable. Angry was he one day, that he almost killed Juliana; the day it happened I became terrified and afraid of what he was capable of especially when he was angry or smiling irritatingly.
I had to run away from him, though he was sorry for what happened. But, I couldn’t bear staying with him.
“I knew I was wrong back then, for allowing my anger get the best of me, am still sorry Joy for not being a brother you wished I was”
I heaved deeply, Mark had been there for me all the time but seeing him behave like my uncle towards my child made me terrified. i never wanted Juliana to be abused but loved.
“It’s okay” I replied.
“How are you dealing with the truth?” he asked
“Am seriously wishing grace be bestowed upon me to forgive him” I replied
As I poured down the juice into the glass cup, I suddenly remembered something
“ How did you know John was the culprit?” I asked
He looked at me, asking if I was sure I wanted to hear, i gave him an affirmative nod and he talked “That night, I saw him running away and we bumped into each other, as I held onto him, he was panting hard and sweating; I sensed something was wrong, but he wouldn’t talk so he picked race dropping your wristwatch, I couldn’t recognize it as yours not until after I picked it up from the grass, I turned to search for him but he was gone; I thought he was a thief trying to steal not until I met you crying bitterly that night, I realized the deed was done”
“He said he was sorry Mark, Yes I loved him but why wouldn’t he tell me? I mean, I don’t understand why he couldn’t mention about it the day I told him about what happened to me?”
“ Would you have forgiven him if he told you then? Would you have married him?” he asked waiting to hear my answer
I became silent. I knew the answer.
But it would have been better if I had known before marrying him. That would have been good.
“Your husband truly loved you despite everything he had done to you, I know he loves you and you deserve someone like him although the past is all mixed up, try to forgive him Joy at least for your child.”
I wished I could believe the part that I needed and deserve someone like John.
Can I? Can I forgive a man like that? Yes, he had changed but… 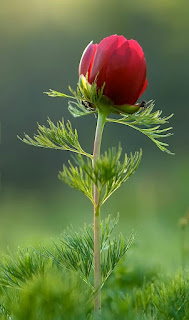 It was difficult not to remember that night whenever I see him
“You will forgive him, though it might take time but I do hope it isn’t late then” Mark said smiling, it took time for Joy to actually forgive him for what he almost did to her child but she did, though she is learning how not to be terrified with his presence.
The girl had been through a lot in life. She deserves happiness but not built on secrets.
“I have something to tell you” he said as we both walked back to the living room to meet the young lady, who was busy reading a book.
“ What?” I asked curious
He walked up to the young lady holding her hand and with a smile said
“Meet my wife to be, Veronica”
Time stood still then as I…
0
0
0
Share 0
Tweet 0
Share 0
Total
0
Shares
Share 0
Tweet 0
Pin it 0
Share 0

Author
Daachiever Inc.
The Global Brand for Christ, reaching the world with the saving and full gospel of Christ. Imperfect being made perfect in the savior. For without Christ, we are all nothing

We want you in, be part of the Family
Previous Article

I found another favorite gospel crew, We The Kingdom; the moment I saw their song on my Youtube…
byDaachiever Inc.

A story according to Isaiah 51:16- God’s word in our mouth

Isaiah 51:16 says that the Lord will out his words in our mouth. What is the authority behind the word in our mouth as against overcoming the enemy?
byDaachiever Inc.
Total
0
Share
0
0
0
0