Bleak darkness surrounded her, she cowered in fear of what was ahead of her; all she could hear was the sound of  the ticking clock and the incoming footsteps coming from the thick darkness.

Who could it be?

The steps coming were fainting gradually as she moved closer, she couldn’t hear anything nor see anything but darkness. Then she heard a faint cry, where was it coming from? The room was large and yet she couldn’t see far
She tiptoed and traced the sound of the sob, as she tried to move close towards the sound, a little candle was lit and the room became a little bright

What just happened? The thought filled her heart, when she look around to trace the sound, she couldn’t hear anything at all again. Then the candle went off,  in great fear she cried not sure of what to do, she couldn’t scream nor fight back since she had no source of light.

While crying, a bulb came up in full brightness and the room was so bright she had to hide her face from its brightness, she looked around the room and saw nothing but a chair and table underneath the bulb; she walked closed to the chair and was shocked at what she saw on the table.
She fell down flat on the floor in fear and screamed for help hoping to be heard. 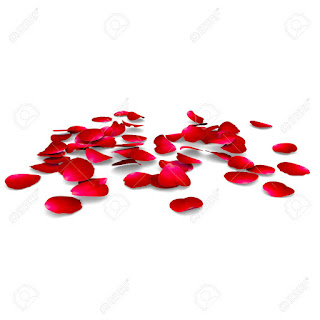 The outright scream of Juliana made her mother run to her room, she screamed so loud and she was forced to wake up and check up on her.
Mrs Brigs entered her daughter’s room and was shocked to see her crying; her eyes were filled with fear. She looked terrified

What could have happened to her?

What exactly did she dream about in the dead of the night? She sat down on her bed, concern lit her face for her daughter, she was the only child she had.
“Juliana, what’s wrong?” She asked with a concerned voice making gestures with her hand.
Juliana looked up relieved to see her mother, hurriedly she hugged her tight heaving a sigh of relief.

Her mother stroke her back with love yet worried about what was wrong.
Shortly after waiting for her daughter to settle down, she held her hands and asked her what was wrong. It took her time to open up to her
” Mum I don’t know it was a strange dream, very strange and yet frightening” she broke out and narrated the dream to her mother

Juliana’s dream always come true ; She had once dreamt about the death of her father, and she was informed by her daughter  beforehand but  she shut her up for saying ‘nonsense’ for that was what she thought the dream was. Not until her father really died two days after. Now, this dream is indeed frightening.

” Have you prayed to God when you woke up?” She asked her daughter who looked away from her. Juliana never believed in the existence of God. She also never believed in God’s existence while she was at her age.
He never existed because if he did, Dad wouldn’t have died like that, you won’t have lost your job and baby.Juliana had told her those words.

Understanding her daughter and giving her time was what the pastor told her last week; she would believe in God very soon. Pastor James advised her after the service.

Mrs Brigs smiled and held her daughter by the hand
” It will be well my daughter, nothing will happen, I assure you” she said giving her a reassuring smile, happy was she when her daughter returned the smile.
She hugged her relieved she was okay at least for now

As I watch my mother leave, I settled down to sleep but I couldn’t. Dad died not long ago just exactly as I had dreamt it, the dream this time was similar yet different.

The crying she heard

What exactly did it mean?

Who is going to die again?

Certainly not her mom, she is struggling even after the death of her husband, they both were learning to cope with his absence and yet I keep asking myself if indeed God existed? We shouldn’t have to suffer like this if indeed  there is a God, it shouldn’t hurt so much like this and now another dream that’s terrifying.

Whose blood will be shed? Whose?

Why should I pray to a God that never even existed? I asked myself thinking back to the death of my father, it was an horrible death ; why did the God my parents claim they serve kill his creation like that? As if that wasn’t enough, my mother lost her baby even after the death of dad. I had prayed that if the baby lived, I won’t blame God for my father’s death. I had  faith in God if only my mother’s baby lived, but it crumbled and shattered when my mother lost the child. Now tell me if God existed, why did he allow my poor mother lose her child and husband in the same month?
I hissed at that fact that such a wicked God can exist, I am better off on my own. So I forced myself to sleep in a bid not to think of anything even the dream.

******************************
Two months later,
Mrs Brigs sat down thinking about the death of her husband which indeed left a vacuum no one can fill. Everything was crumbling and falling apart. She looked up when her daughter entered the room dressed in a red gown exposing her cleavages and thigh yet transparent. She was enveloped in the smell of alcohol , staggering she slumped on the sofa in the living room. Mrs Brigs couldn’t say anything but watch her display. She rose up and walked up to her daughter with a weak smile yet sad face, holding her bag , she tried lifting her up to her room. But couldn’t
Juliana smirked and suddenly starts crying
“Mummy, why?” She asked beating her chest. Today made it five months when John, her father died
Her mother tried to hide her tears, what can she do for her broken daughter? She was broken and yet hurting.
” Dad never deserved that, he was a Pastor for God’s sake; he was devoted unlike you.. ” She mentioned as tears flowed down her cheeks.
” You were never righteous Mum; you lived a life of pretence; you were never ‘born again’ as you claimed and I know; Dad knew but why did he die? You should have died” she shouted releasing herself forcefully from her mother’s grip falling down to the floor, she wailed rendering her mother helpless with her tears. Both cried each remembering the night of John’s death
The Mercy of God she experienced was causing her daughter pain. Yes indeed, she should have died and not her husband. Perhaps if her father was alive, she would understand so many things and not blame her for his death.
” Am sorry Juliana, really sorry” she said in tears as her daughter looked at her in annoyance
” Will that bring dad back? Will that make you tell me the truth of his death? ”
She replied back 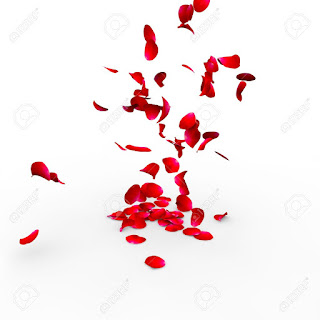 The truth of her husband’s death? It was deep
” How can a pastor die by the gun? How? In his own house?” Juliana shouted causing her mother to lean on the wall with fear yet crying
” I knew Mum, he died by the gun; people think he died while he slept but we both know he was killed right here in this house, why?”
Sobbing​, she continued
” You ought to die, he took the bullet for you; Or was the bullet meant for him? You caused his death so don’t tell me God exists, why did he allow dad die and you who ought to die live? he is a partial God if ever he existed” Juliana said as she held her fists together trying to stand up; her mother tried helping her up but she shrugged her away, walking slowly towards her room in tears.

Can her daughter bear the truth?

Will she be able to bear knowing what exactly  caused her father’s death?

Mrs Brigs sat down crying heavily. There were many things she wished to tell her daughter, she had so many secrets, indeed many. She cried bitterly regretting some of her actions.