” Dad, I must confess about my love for the rendition of the choristers in church today, it was wonderful ” Juliana said with a smile while holding her father’s hand, who did nothing but give her a little smile before returning back to what he was reading. Joy counting her father’s fingers like a child.

With a smile on her face, she stared at her father,  a man who loved reading newspapers especially the ones on Sunday. To her, Sundays newspaper were means to check out the latest trend of clothes and answer the puzzle of Ijapa. It was a fun thing to do and she loved it; her mother never really loved reading, she prefers watching the news especially NTA new at 9:00pm and CHANNEL new at 10:00pm, those moments were frustrating because her favourite TV show premier at the same time with the news. She was Dad’s love and Mum’s Favourite so you can call her a spoilt child , she care less. 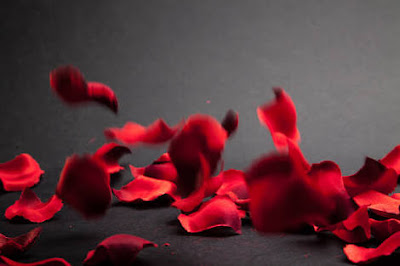 Her parents were simply the Best. Disrupting her thought was her father’s question
” Am hungry my Julie, is the food ready? ” he asked his daughter who only frowned at him.
John smiled realising the reason for her frown
” Dear, I totally agree  that the choir’s rendition today was wonderful “
“Really?” she asked with a joyful tone
“Yes really, my daughter really sang well”
Juliana smiled, that was what she was expecting; a commendation from her father for taking the lead solo
“Are you satisfied?” he asked
She nodded affirmatively.
The aroma which visited John Brigs from the kitchen right to the living room made his stomach cry, he was indeed hungry; he rose up and walked into the kitchen to meet his wife. She was  engaged cooking his favourite soup, he looked around and saw the already prepared semovita wrapped neatly in a nylon.

Wonderful!! Semovita with Ogbono soup properly stocked was his favourite and no one cooks it better than his wife.

He walked up to her, amazed at her beauty, she was indeed the  perfect example of the virtuous woman described in Proverbs 31; she was hardworking, a helper and a godly woman. She was just everything and her smile makes him fall in love with her  over and over again every single day.
” The food will soon be ready Mr man” she said smiling at her husband who was busy moving up and down in the kitchen rubbing his stomach.

Juliana walked into the kitchen and hugged her  from the back almost causing her throw the maggi cube into the soup ,John smiled enviously at  the love between them , grateful for the existence of happiness in his home .

A happy family makes a man fulfiled —That indeed was right

They ate happily that night and offered prayers while ready to sleep.

***********************************
February 13, 2010 was a day to remember, it was John’s happiest day; Joy had returned home that fateful day in a joyful state. He thought her happiness was due to the fact that her birthday was tomorrow.
She was the luckiest woman on earth to have been born in the month of love and also on the 14th for that matter. She circled round her husband who was busy  wondering why she was so happy.
“Guess what?” She said with so much joy in her voice
” What?” he asked eagerly awaiting her reply.
She sat down on the bed smiling endlessly, making her husband curious the more. Definitely her upcoming birthday isn’t the reason for her joy , he thought and decided to say something.
” Do you finally learn how to kill cockroaches? You always fear them?” he said laughing at his statement.
“Seriously?” She replied back
” That was the only reason you can come up with” she continued. Her husband was so poor when it comes to guessing.
Without much ado, she dipped her hands into her bag and brought out a paper, handing it over to her husband who collected it nonchalantly.
John held the paper , he gasped at what he saw, wanting to know if his eyes weren’t deceiving him; he reached for his glasses lying on the stool beside the bed. It was positive

He happily picked up his wife from the bed, whirling her around, both giggling in Joy and happiness for the Miracle. 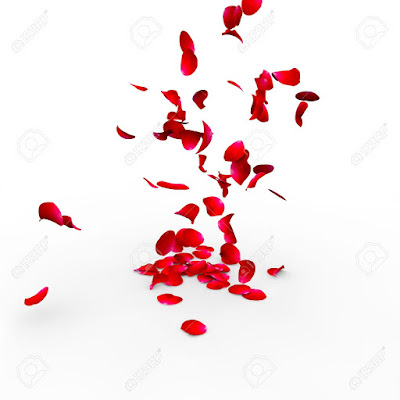 I entered my home that night, tired and worn out, today’s prayer meeting of today was indeed long, my attention suddenly was drawn to the slightly opened door that led to the living room. With a  careful and silent step, I walked into the living room trying to find the switch that lightens the room

“Who was it? Could it be armed robbers?”  No, it  can’t be, but suddenly I remembered our neighbours who were robbed few days ago, the thought of armed robbers in the house gave me chills; were they around or had they gone? What if I had forgotten to close the door well?   I wasn’t the forgetful type and that I know.

My husband had travelled for a conference which was mandatory for him to attend, he didn’t want to leave her alone especially now when she is pregnant with their child but he had to leave , also Juliana had gone to school returning back the following weekend.  I was the only one at home .
Yet this? What was happening? Something so bad was that I had no source of light to see through the dark.

I prayed against any evil in my mind. How will she locate the switch in this darkness, her phone was dead and her touch light was in the bedroom, using her instinct to search for the switch , a clap startled her as the room lit up in brightness, she looked up surprised at what she saw…

Mark; Her then boyfriend who had once proposed to her but was turned down.
They had dated back then for six years although they grew up from childhood together, he was only a year or two older than her.
Mark’s presence triggered some painful memories she wished to forget.

He rose up and walked to her smiling irritatingly
His smile was awkward and annoying making me question myself  on the reason why I dated him back then.
” So this is where you were?” Mark asked as he  kept  on smiling
Joy forced a smile, trying to  move away from him but was overshadowed and held by Mark’s grip.

” I loved you Joy, I loved you but you left me for that wretched pastor ” he said slowly with anger and disgust

Joy trembled, “Mark can do worse as he had always done”-  especially when angry, that rang a bell on her mind

” You know about what we shared, I told you to introduce me to your parents, you lied about the fact that you had none, but you went ahead and did this— I mean this marriage” he shouted now angry
Joy tried to find her voice, she trembled
” I was the man for you, the only one who loved you”
—Joy looked at him with disgust in her eyes, ” I never loved you, you thought I did but I never; you had nothing for God’s sake you were poor; I wanted someone rich so I saw this man” she blurted out and smiled
” I wanted  to marry him for money at first but gradually I fell in love with him, I loved him and wanted to be his wife ” Joy said with a smile filled with the thought of how much she loved her husband.

” I did all I could, I even pretended at first to have given my life to Christ, but along the way I was becoming like him, I truly loved Christ and I loved him; my dream came true when he proposed to me, he proposed to me for Christ’s sake, that was what I wanted and I went ahead to marry him, I am happy Mark, here with him” She said looking at Mark
Mark unsure of what to say released his hold on her, ” you said you hated God, you despised pastors then why? I just don’t understand” he said with confused tone, unable to process what Joy was saying
” I don’t know, it just happened, I can’t explain it” I replied back, indeed how I came to love John was still a mystery. I just know I love him, I was happy to carry his baby; its a token of our love

” I loved you and did everything for you” he said disrupting her thought
” Am sorry but I wasn’t happy being with you, you were crazy Mark, you can do and undo ” I replied, dating Mark was indeed not a sweet one for me. I shrugged away the thought of reminiscing about the past.

Mark held on to his folded fist, unsure of what to say he turned towards the door.
I became relieved seeing him walk towards the front door without getting angry , Mark’s anger destroys and injures. He is more aggressive when angry.

Mark turned back with a pain filled eyes ” You know I loved you, I did all I could despite being poor but you are just a wicked soul, know that ” he said trying to hide his tears , a man doesn’t cry.

” Am really sorry Mark”  I replied, indeed I felt sorry

” You are always sorry, sorry can’t do anything ” he said with a broken voice
” I should tell you this before I leave, you ought to know or better still you should have known because you are his wife” he said smiling
Triggering her curiosity, she asked him

He said walking out smiling and Joy opened her mouth wide in surprise and fell down to the floor.