Skip to content
Facebook Twitter Pinterest LinkedIn WhatsApp
Bimpe, that’s my name; slim, dark in complexion, beautiful so to say, rich and soon to be bride to Frank Texan.
I stepped out of my house that morning confused of what to tell my mother about the fact that I carried Frank’s baby which was not acceptable in church to be pregnant outside wedlock, It is a disgrace but I was happy that I carried Frank’s baby. My dad was a Pastor and he was renowned in the neighbourhood, what will the society say? The pastor’s daughter was pregnant some months to her wedding. I haven’t told Frank the “good news” , but I was very sure he would be happy considering the fact that he really loved me. 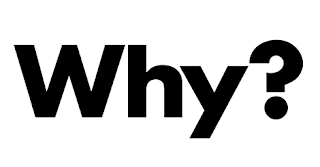 I braced  myself  up with the determination that I would definitely tell my parents today no matter what. On getting home to meet them,  I saw my mother weak with Fever and my dad praying for her healing. This will definitely be the wrong time to break the news to them. My mother’s condition was getting worse, so we decided to take her to the hospital.
My mother held my hands shortly after being treated, she was lying resting on the hospital bed; she looked into my eyes with so much love saying ” Bimpe, my only daughter and child; I so much love you but must you marry Frank?” She asked. Seeing my mood change, she smiled and said” I and your dad decided to give you a go ahead, but you cannot be pregnant before your wedding, if you do, then kiss the marriage goodbye, that will be a great disgrace to the family” she squeezed my hands tight expecting an answer. I smiled a  very weak smile, mumbling a thank you and hugging her.
The deed was done for God’s sake. Why are they telling her that now?
Just how will she tell her parent she was pregnant when they just told her that she cannot be pregnant before her wedding? and if she did tell them; she wouldn’t get married to Frank. The idea scared her and she decided to keep shut.
The room was silent and my father was busy reading the bible when Frank came in. Greeting my parents, my mother replied smiling but my dad looked at him not answering. He wasn’t totally buying the idea of me getting married to him. He called Frank “an infidel and unbeliever” and that he was “impure and unworthy of me” but I went ahead with courting Frank behind their back. Now that my parents have approved, am so scared of telling them the truth about the pregnancy. My dad had always told me that if I ever tarnish the family name, he would disown me and  my dad is always true to his words. He was a disciplinarian. I was scared and afraid. What have I done exactly? 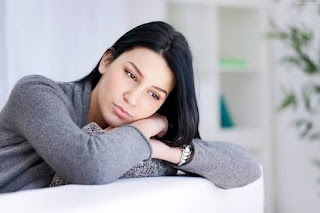 I dragged Frank outside the ward, and told him my fear, he was silent and I couldn’t see any hint of happiness on his face. He mumbled about the fact that I was careless and getting pregnant was my fault. I was surprised at what I was hearing, he advised that I abort the baby since it is still in it early stage and the idea of my parents knowing will jeopardise the chance of us getting married telling me we can make another baby when we marry.

No!! I can’t I told him and that was the last time I heard from him for some weeks. The pregnancy was becoming difficult to hide,scared of being discovered by my sensitive mum, I texted Frank that day about my decision. He was happy and we both went to the hospital. Yes, that was my DECISION.
The doctor called me privately warning me against aborting the child and that it was dangerous since I can only give birth Once. The idea of keeping the baby and losing Frank scared me and the idea of what my dad will do if he finds out scared me the more so I decided to go ahead with the abortion.

For two whole weeks, Frank showered me with affection and I was happy I made  that decision. I know certainly that a miracle will happen since I serve the God of miracles; so I didn’t tell Frank what the doctor told me. A month to the wedding ,with everything planned. I was happy that I will soon get married to the love of my life just then I received a text from Frank ” Sorry, I can’t go ahead with the relationship, I already  have someone who has given birth to my child, I hope you will meet someone better for you. I love you still” I couldn’t cry ,I was so shocked that I dropped my phone on the floor; my father stormed into my room angrily ” I disown you” he said and stormed out when my mother came in crying and showed me the text Frank sent to them ” Mummy, your daughter isn’t worth it at all, if she could abort a child, my child; she is really capable of killing a person, I can’t marry an heartless person. Am sorry” it was like all the things happening right now was planned.
“After all we have taught you in the lord Bimpe, why repay us with this?” My mother couldn’t stop crying and I stood there watching her cry before fainting due to shock, banging my head seriously on the floor.
The excruciating pain made me shout and I woke up rubbing my head , I looked down and saw myself on the floor. That was just a Dream I had.
I looked around and saw nothing but bleak darkness relieved that all that happened was just a dream. Putting on the bed side lamp, I saw a book I was reading, titled: Her Mistake.
Did I tell you that I was an actress and my name is Ronke not Bimpe?
My dream was about the plot of the book I read before sleeping and I was expected to play the role of Bimpe in the drama.

If you enjoyed reading, you can read up story 2 HERE 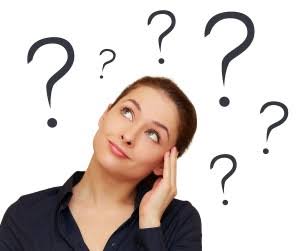 Lessons:
1. Never disregard your parents instruction, they know better than you. If Bimpe had been patient for her parents approval, she wouldn’t be caught in the web of deceit.
2. Face your mistakes and move on, don’t be so scared to make things right. Bimpe was scared of her pregnancy and she decided to take a tough decision. She could have embraced her mistake and move forward despite all.
3. Be ready to lose those things that aren’t for your good, don’t embrace evil because of love. Stand for what’s right.
4. Don’t make those who care about you cry, because of some  decisions you make. Weigh matters carefully before taking action.
5. Read books, so you can dream about it but be careful of what you read (winks)
THE END   ©2017