Yes, it took a long time to come up with self thoughts since the last one.
If you had been following the series,I do hope you had learnt a lesson or two?

Today’s thought is practical and experimental.
How do we deal with gossipers and haters?

I had just resumed into a school I practically knew absolutely no one and I was happy to have a change of environment and make new friends. Weeks after resumption, after being separated into classes, I didn’t have a friend yet and I was getting worried about how my stay in school will be. So I decided to at least have someone I talk to. I did have like two or three that same day due to the fact that I was really eager to have someone to talk to. Eagerness caused my carelessness.
We walked together for weeks and I was really enjoying my time with them, it was like a part of me was complete now that I have people to talk to and laugh with. Not until one day, I was passing by with another classmate of mine along the school blocks, hearing my name made me halt, oh yes I knew those voices and I can recognise them absolutely well. You know that feeling of someone you thought was a friend just easily betraying you because they thought it was a fun thing to do. My heart sank and I wanted to turn back, but my classmate said we should pass by like I never heard anything, when they saw me pass ,they kept quiet and smiled, gosh it was…. I greeted them like I used to do and walked away with​ my feelings hurt. What they were gossiping about was even something minor they could have asked me of. Why, they hated the fact that I was brilliant than they and that I was “serious” in all I do.
You see, whether you like it or not,some people just can’t keep gossiping about you, some just can’t stop hating you, your attitude and character to that determines how matured and grown up you are.
Gossip is a common disease among girls sorry to say and sometimes we do it unconsciously and consciously. If I had flared up the day I heard them made jest of me, It just showed that am in their level and that I really cared about everything they say.
When people gossip about you, its about the fact that they are JEALOUS of you and what you are, they wished they could be like you and because they couldn’t they gossip and they detwo?se and hate you also hating themselves in the process that they are lesser than you and you are the better than they are.
When you gossip a lot,the feeling of hatred comes in ,you despise everything and anything the person does. Slowly, this feeling kills you and then you start feeling less of yourself, inferiority complex and fear clouds your mind whenever you see such person. As you feel this fear,you just can’t stop hating them. Yes,you might say you don’t hate when you gossip, but seriously when you do it a lot on the same person, you will surely develop the feeling of jealousy and that’s where the trend continues. Stop gossiping, go face to face with someone when you have an issue with them, don’t turn their lifestyle to an everyday matter for you to talk on.
Whenever you hear people gossip about you, ask a two or three people whose words you can count on to affirm if indeed what you heard people say was true, because at times, some gossip contains hidden truth about you that you never know; if deep within, you truly know yourself and your capability, don’t get affected by what gossipers say about you and just move on with a smile on your face like nothing happened.
But if what they gossip about you is true,try to work on yourself towards being better than yesterday.
Gossip has two sides but in it all its not good. I prefer a face to face confrontation than being attacked from behind. Life is a learning ground, let’s help each other towards being better not by gossiping but by saying out of our mind to those we want to correct especially among friends. Don’t sell out a friend because of gossiping. Some had been deeply hurt by what they have heard their friends say behind them.
You never know who is listening, stop gossiping. Its really bad and its kind of hurtful. Just imagine yourself in others shoe and I think you will know how much it hurt to stabbed from the back.
Face to face confrontation is simply the best.. Avoid gossiping.

Thanks for Reading..
With love from the writer. 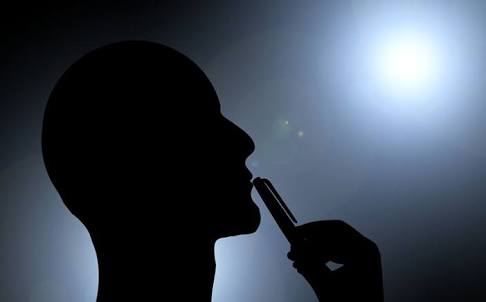