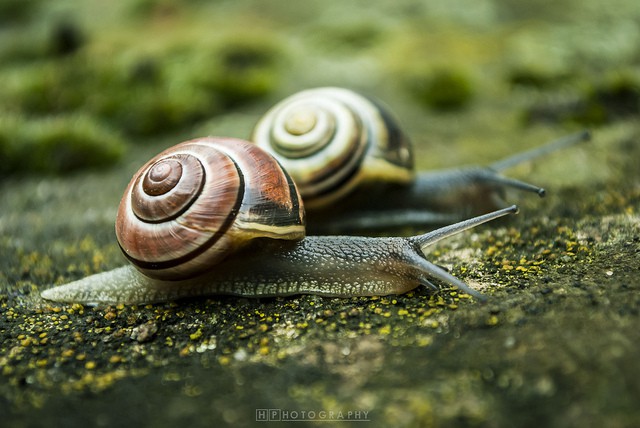 Yesterday was a day to remember as I caught on this inspiration and I decided to pen it down.

Admist my tiredness and weakness, I saw a very tiny yet minute snail, it’s said that they are one of the slowest creature on earth and oh yes I agree completely with that fact. It wasn’t the slow movement of the snail alone that caught my attention but how the snail survived the circumstances surrounding it.
Studying the snail, the proverb struck me hard “the slow and steady wins​” the snail wasn’t only slow but it was steady in its movement. It suddenly caught my attention completely, the snail moved  slowly in the sandy yet stony soil, admist this it was still going but leaving a path where it crawled. I know it might look like it’s something simple but the snail preserved, Okay what about you, are you still moving on despite the situation surrounding you? The sandy stoned filled soil did not hinder the snail from moving forward and making a mark, do circumstances surrounding you hinder you from progressing? Do you leave a mark even though you move slowly? It doesn’t matter if your pace is slow but leave a mark and still be moving.
I continued my observation for some time mesmerised by my observation, but something happened that made me sad, hmmm!! Someone spoilt the observation process and such a person kicked the snail towards where I was sitting; whether it was intentional or not but it happened, the snail retracted into its shell and fluids dropped out of the snail. It laid still, not moving but hiding in its shell.
I was still optimistic to see the snail crawl out, I waited for some time hoping and eagerly waiting for the snail to crawl out once again from its shell. I know it might take some time to recover but I still waited. If life kicked you hard with one issue or the other whether it be failure, pains, defeat, and you are forced to cower in shame and anguish, don’t give up my dear, because it might take some time but you MUST come out from the shell, you definitely must, you have a goal to reach and you must achieve it, don’t see yourself as a total failure even when others have seen you as such.
So it took some time actually, but hurray!! the snail slowly crawled out little by little, I was so ecstatic and very happy because  yes, the snail never gave up on it’s slow yet steady and moving pace. What about you, do you give up at the end of it all? So because you failed once or twice, you think you can’t make it again. Do you give up easily when it comes to achieving your desired goal? The snail though it was disrupted on its movement, while staying in its shell, it was preparing slowly, little by little on coming out of its shell. While others have forgotten they have caused you harm, or while they still see you as a failure, don’t just stay there and accept that fact, slowly prepare towards your great return. Know that it might take some time but while waiting, don’t sit down there doing nothing, slowly prepare towards achieving something. Don’t rush it, don’t wish to hurriedly change your situation, but be patient. It might take some time but it will happen. You will get there.
The pace might be slow but make sure it’s steady and yet moving and likewise leaving an impact.
I was happy to know the snail moved forward and slowly it crawled once again. There are others out there who wished you are a success, they truly wished for your COMEBACK, so don’t keep on thinking that every body sees you as a failure and no one desires that you make it. Someone out there needs to hear your success story and be inspired. So dear, Inspire yourself to be an inspiration.
I do hope you enjoyed reading and you were inspired, feel free to comment and Follow me up. Be an inspiration to someone.. Love you all!!!