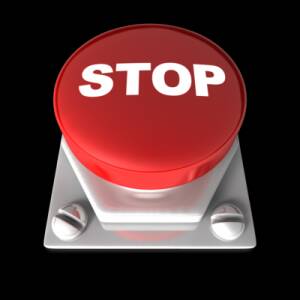 Jide hugged his ten year old daughter and kissed his wife gently on the cheek, the joy and happiness told in his smiles as he waved them bye and entered his old car, the car really do need a replacement, the ignition took time to start and he was ashamed of himself whenever the same issue keep on reoccurring but today it’s going to change as things was going to turn around for good. He hit the car on the steering because at times that what the rugged car needs , joined the wires together since car keys no longer worked for the car, and finally… It started , releasing out fumes that was choking, he waved at his wife and daughter who did nothing only but smiled. That’s all he needs. He went off then happily…
He drove by his neighbourhood, humming aloud in joy , suddenly the car jolted to a STOP, oh not again, not today! He tried starting the car but to no avail ,oh you can’t do this to me today of all days my car! He shrieked. For about some minutes he was battling with the car attempting several methods to make it work. As he sat down dejected, a man came to him and said; Let me help you, let’s push the car together and make it work!! He looked at the man whose voice was calm, cool and gentle. He decided to give his idea a try, together they pushed the car and it worked finally after some other helping hands came to render help. Jide laughed and thanked the man loudly screaming a thank you in Joy as he drove off to his destination. Getting to the T- Junction, he tried to drive so fast so that the counting traffic won’t end up stopping on him, he was far behind schedule and he was losing patient, just one car to get to the front, another car overtook him , suddenly the STOP sign blinked, damn it!! This isn’t happening right now, how would I make it on time now? For about thirty minutes, he was stuck in the traffic, why isn’t the traffic signal working well? Busy was he in a call, trying to explain to those who needed his attention the reason he could not make it early, suddenly there was a loud GBAM! It happened, he looked up perplexed!! He decided to check as others who were also in a hurry went out to check what was happening, there was commotion everywhere as blood painted the road red. It dawned on him, there was an accident, he turned around and something caught​ his attention, he let out a silent oh!! Here it was , the same car that had overtaken his place was involved in the accident. What would have happened if it was his car?  He couldn’t imagine or actually didn’t want to think about it!! That STOP sign really saved his life.
The story above was written in bid to establish the effects of STOPS​ in life and at times why we need to heed to them. Have you ever wondered why the word STOP when designed needs to be painted red, it could be a warning of danger ahead or it could also be an hindrance to achieving something. But let speak about the warning. At times in life, there is a need to stop for our own good and benefit. In the aspect of making it, Stop thinking you can’t make it in life, stop downgrading yourself, well it’s for your own benefit if you stop. Stop the bad habit and pick up the good one, when people tell you to stop doing something that times without number hurt you, the stop. STOPS don’t get me wrong can be positive and negative, some people tell you to stop doing the right only for their own benefit, buy someone might want to ask, how do I know if a positive or negative stop arise and what stop is the best? Yes, that’s true, all I can say is listen to what you want, don’t be biased in your decision, some stops have made others to be timid forever when told to put a stop, but know if truly something is right, no matter what It can’t be STOPPED, it will keep resurfacing even when others have given up , someone else will do the right thing and beat a negative STOP.
Defeat the negative STOP and surrender to the positive STOP, but note in the aspect of negative stops, the right will always prevail!! For positive STOP, stop for your own good, it saves you a lot than you could imagine. Are you doing anything wrong now then STOP and are you doing the right thing that you think is right and you are being made to stop, hold on my dear, the wrong cannot always prevails over the right, hold on even if it prevails the right can’t be buried up forever, it will resurface again.

I do hope you gained something , connect with me on Facebook and read more of my posts which actually aren’t here and be touched. Life is about touching others. Feel free to comment, I would so much love that and also to subscribe. Am grateful for you reading it to the end. I feel much love. Thanks guys… I mean thanks a lot