I didn’t do it Intentionally.
She deserved it for provoking the ‘devil’ in me. I wasn’t a murderer; I was merely a victim so I thought.

The day remained forever fresh in my memory, the blood gushing out of her bowel, my Herienatta, my fiancée. The tears that flowed down my cheeks. Now, here am in the most terrible place in the country – The prison. I deserved this, but I was gradually losing my memory and becoming insane. The proverb of ‘reaping what one sows is definitely true’
How it all happened
Herienatta, she was the best thing that has ever happened to me in my life. I had Personality Disorder, I can be calm and yet sometimes lose my calmness and become uncontrollably mad, I could injure anyone with just anything. I was on the verge of anger one faithful day almost hitting my sister with a stick when someone walked into our house calling my name. it sent shivers down my spine as I turned back to look at who was calling my name, someone whose voice had control over me, bring me calm. Yes, she was beautiful. She introduced herself as my personal doctor, my sister had gone behind my back to hire her.

The smile on her face was the prettiest thing I had ever seen and I found myself in ‘love’ with her. In her company, I became and felt like an actual man, proud of myself and my parents were very happy for me. At my company, my changed attitude became surprising. I would joke around with others unlike before when during one of my jokes, I was provoked by my MD almost killing him with a knife.

Yes, I was dangerous then, Herienatta changed my life. The happiest man alive was I when she said YES to my proposal, my world was complete. Unknown to me, Herienatta had a grave secret that could tear us apart. My quest to know what it was brought about her death. One faithful Saturday evening, I was to pick her up from a conference she attended at Abuja. There she was after the conference, arguing with someone. The conversation was heated and I could feel it even so far away.
Wanting to know what was wrong, I went up close but was hindered by a large massive crowd trooping out of the conference hall. Something definitely was wrong.
As soon as the crowd left, I saw her sitting down alone lost in thought so I walked closed to her, she was happy indeed to see me, concerned about her mood I asked her who she was arguing with. The look on her face changed so she told me it was a longtime friend she had lost contact with. Knowing, I will ask further she pleaded with me to stop and that she wasn’t ready to talk. Of course, she would open up when the time comes.
So we drove back to Lagos in silence that night. Weeks later, I received a strange call, and I was told a grave secret I couldn’t bear to take in. I lost my calm and was raged. How could something like this happen? So I drove out in annoyance to Herienatta’s place in annoyance. What did I do to deserve this? 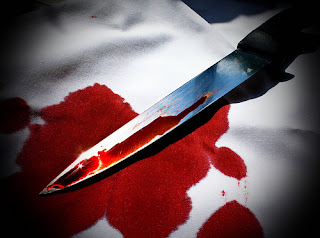 READ UP NEXT PART HERE