Skip to content
Facebook Twitter Pinterest LinkedIn WhatsApp
” Gbam, gbom, gbam ,gbom, gbom, gba”
The unending pound on the mortar woke up Jide with an headache and he was forced to rise up and check what was happening.
Baba Jide, as he is popularly known  was a professor at LATEH the ever renowned university in the state. The title earned him the respect of the whole town, as he was the first to achieve that feat.
“Mama Jide, the sound of the mortar won’t allow me to have my rest, I have told you to incline it at angle 90° to your right to reduce the sound” he mumbled in annoyance.
Mama Jide turned and look at him confused
” You this, Mathematics Professor, won’t you let me rest biko? Whether na angle 90° or 180°, the mortar will still make its sound when the pestle start its work”
” Woman, I tell you, mathematics can’t be wrong, if Jide my Son can turn like this to the left..” he said demonstrating and continued” and John turns to his right and you incline the mortar to angle 90° , we make a complete triangle , I tell you, there will be no disturbing sound at all” he said with a smile glued to his face   Jide and John couldn’t stop smirking, their Dad was a story on his own. He always narrated his journey on how he made a First class in school and his journey to being a Professor.
” Mr man, are you using my own kitchen to test one of your ideology and its factuality?” Mama Jide blurted out in English. She claimed to have a  doctorate degree in English since her husband was a Professor in Math.
Baba Jide laughed  ” I tell you that your English is grammatically ‘a false hypothesis’ that has no facts to back it up. You see, Mathematics completes all”
John and Jide kept pounding hard to get the attention of their mother who had forgotten to check up on them.
” Let me hear words, you this boys; keep pounding, I have all  the time now in the world to answer this pot bellied Mathematician” She said sharply
” English is the father of you all, Mathematics is just head ache ,I tell you” Mama Jide confronted
” No, symbols were means of communicating in the ancient time and symbols is related to Mathematics, not English ” he continued.
The argument continued for like ten minutes but ended when Mama Jide smelt something burning, it was the stew she kept on fire that was burning. She quickly stood up in action hitting her right leg against the hot water.
” Position the kettle at an inclined angle boys, if you did; your mother wouldn’t have injured herself ” Baba Jide said
” Shut up, Badmus; be it inclined or longitudinal, I don’t care” Mama Jide said. She put off the gas cooker and sat down to tend to her injured leg.
The caring husband, Baba Jide; came close to examine her leg still arguing mathematically, it wasn’t easy to be a professor in Maths but her husband achieved that and would always talk about Maths every single day ,yet she loved him just like that. 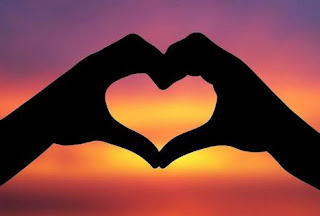 The food was ready in five minutes and the whole family ate the food with Joy although the stew was burnt.
” I love today’s food, my English doctor” Baba Jide said.
She blushed at the hearing of that nickname, ” Thanks, our Professor” She replied smiling.
Baba Jide adjusted his glasses looking down a little ” But I tell you, a Mathematician can cook better than this as long as we know how the ingredients were mixed together  to form a balanced Equation ” he said laughing.
” Seriously!!! maybe our next meal, you will be in charge” she answered him
” Hah, that I will gladly do , but provide me with a balanced equation “
John and Jide couldn’t stop laughing at their parents display of love and affection. They made the home ,a lovely abode to live in and be satisfied with happiness.
Baba Jide rose up from the dinning table, flanging his shirt on his right shoulder walked past smiling and said ” The First Professor in Mathematics, Yes!! I achieved that, my wife I tell you, Mathematics is still the best”
” I don’t have your time, Mr man, in the night, the kids will join and we will vote on the Best ” she said after struggling with the meat on her hand.
” That meat you are struggling with right now , the knowledge of Maths will make you eat it well without struggling ; just know your angles ” Mr Jide added and they all bursted out laughing. Indeed a Family. Jide thought smiling 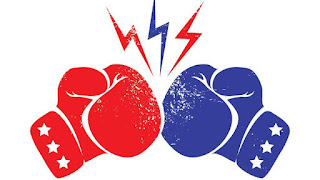 Readers: Judge well , between Maths and English , which is the Best according to the Jide’s argument?
Lessons:
1. When there is no Fun, create one ; especially in the family. Learn to live together in cordial relationship with one another, that makes the home a place we long to return to especially when we are so far away from home.
2. The beauty of life is when we learn to live in LOVE, learn to love and care for one another.
3. Be passionate and devoted to that thing you do, you can be the first to achieve something greater and unique in your locality just like prof Jide
4. Always learn to be happy,you deserve that much 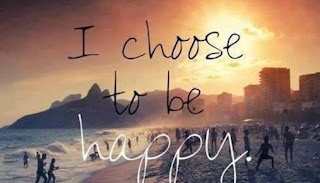 You can read up story 1 here:

I love you all, you are just the Best