Jake rose up from his bed and gave out a yearn. It was another bright morning, he walked towards the window in his room and dragged the cotton towards his left to allow the light enter his abode.

Yes, it was another day indeed. The joy of seeing today was undescribable.

Five years in the university is not a joke, so he mumbled a prayer, the easiest way of quick morning devotion. He scanned through his bible halfheartedly, he was looking forward to next week when everything would be over.

Five minutes later, he was done with his devotion.

It was time to read, he assimilates well in the morning, so a brief revision was the best for the day.

But suddenly, his phone’s notification got his attention.

He looked at it and suddenly….

Almost standing up reluctantly to open up, his friend entered with a smile

The thought excites him and also made him unhappy. They had a quarrel yesternite due to some little misunderstanding

“My brother,am really sorry about yesterday” he started the conversation even without greeting. I just looked at him, unsure of how to answer him

“Forgive me now, what are friends for??” He added, this time smiling and trying to get me laugh with his gestures

What he did to me yesterday was annoying and I had to take it personal but..

I looked at him; “if not because the Bible says we should live peaceably with all men; I won’t forgive you oh… but I will because I want to be at peace with you” I said to make him understand

He sat down and smiled “Thank God you did, I had to text you this morning and realising you might not reply, I rushed to your room; have been bothered this morning” he said.

That got my attention as I sat down on my bed, passing the book to the other side of the bed and ready to listen to my friend. At least, what are friends for

” So you see, I woke up this morning and I was moved to read my Bible; you know that’s unlike me” he said as I nodded in affirmation.

Jide hardly reads his Bible but he listens attentively in Church during messages, that he knows virtually some key verses in the bible. 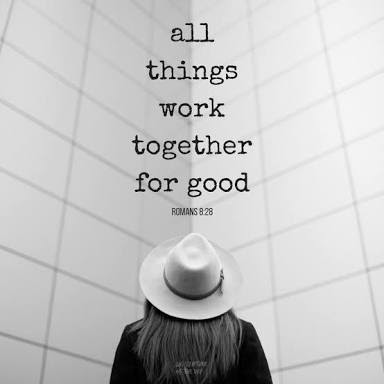 Losing interest in what he wanted to say because I was familiar with that verse of the Bible. I wanted to know something new in the Bible, like a new verse I haven’t read about. I took my books

“Listen, I was surprised at what I understood and what I didn’t know” He said as he took my Bible to explain further.

Jide read the Bible verse and said something

“I have been doing it wrong”

I looked at him not seeming to understand.

“All things worketh together for good, when I do something; you know I don’t read my books, I am barely standing academically because I clung to this verse of the Bible blindly”

I remembered, Jide hardly read so whenever I tell him to read, he tells me “all things worketh together for good”   I had to keep quiet, because he wasn’t good academically neither was he poor. So I urged him to explain better

” Jake, all things can’t work together for my good if I don’t do nothing. I thought since I know God, I need not read because all things worketh together for good. I have been wrong. I was just claiming God’s promises without doing my own part. I have forgotten God will always do his own part, if I do my own part” he said almost in tears.

God had just used Jide to talk to me this morning.  I opened my Bible and together we studied ROM 8:28 before going for the examination.

It was a new dawn…

“That all things worketh together for good DO NOT warrant you to be lazy and idle. Do something ” Kudabo Victory 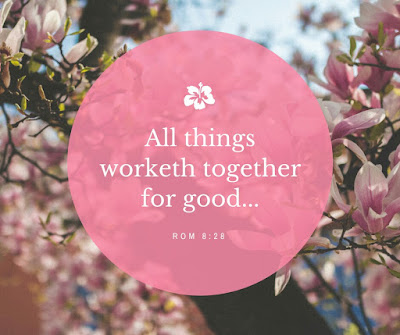 His promises don’t come without a condition, fulfil it and it will work for you.

All things work for our good

From the Writer,
Kudabo Victory