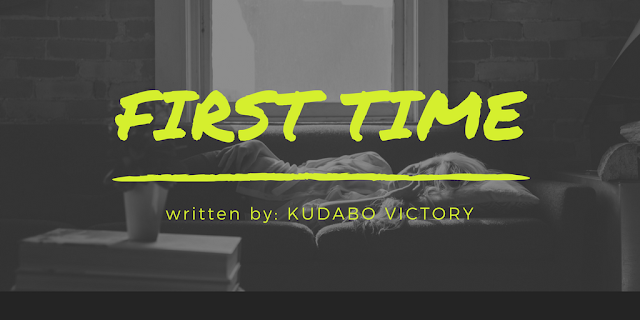 Fat and chubby was never a problem to me. But I avoided being called obese. I hated that word. Satisfaction with who I am and what I looked like was a thing of admiration even among my friends. They often advised me to slim down but I saw no need in it not until I met Kunle.
He was downright handsome, slim and well shaped. His sets of teeth makes me wonder whether heaven’s gate could be as shiny as his, and whenever he smiles I found myself swooning all over him. His voice was heavenly, calm and mature. As I saw him walking straight towards his locker in the dorm, I returned back to my locker briefly as I could, carrying myself was never a problem not until I stepped on a peel of banana and came tumbling down. My skirt were opened mid way as I heard giggles. I felt ashamed and managed to stand up, wishing someone would help me. Kunle was walking up to me in smiles and yet I found my heart beating fast, so much that I neglected the pain down my wrist.
Oh God, was he coming to help me up? I shrilled happily, not knowing my voice was loud, I looked around me and saw people laughing, I was so humiliated at my foolishness.
Just before Kunle could walk up to me, Katherine was back, and she helped me up in minor seconds. Feeling grateful yet embarrassed, I hugged her tightly and she was so caught up in asking if I sustained no injury. Still lingering in the hug, she kept quiet for she understood well why I hugged her. Patting me gently on the back, she assured me that it was OK
Katherine is my friend, though we became friends in school, I told her about my crush on Kunle and she was so considerate to listen to me talk.
‘Let’s get you cleaned up’ she said skimming my flowery gown. It was stained with dirt, my mind was on Kunle who had passed by while I was hugging Katherine. He had muttered a sorry while passing and I was so shocked to reply for my heart couldn’t stop beating. Was it love or just me flirting?
It was a month after the incident, and it had been a forgotten joke in the school ; I walked up to my locker and upon opening, I saw a small note wrapped beautifully with a red flower.
I turned to look right and left simultaneously but the dorm was empty and silent. Who could have dropped it in my locker? I thought about Kunle and immediately disdained the thought, it really can’t be.
I opened the letter and it read thus:
” Why don’t you slim up for me? I guess am in love with you” K…

I was dumbfounded, the initials after the letter made my heart skip. Was it Kunle?
Dropping the letter into my bag, I walked to the classroom, I have to tell Katherine.
Katherine advised me to forget about the letter, assuring me it can’t be from the Kunle I loved, she claimed that Kunle would never write a letter to a girl, I asked her how she was so sure of that, and she refused answering. I felt something was wrong, but I would not allow her sour mood dampen my happiness for this was the first time I ever received a letter from a guy.
Working on slimming down had been difficult, at first Katherine advised me against it but seeing my attitude towards it she assisted me and so I went on to the journey of being a thin girl so to say, it had not been easy as I denied myself of a lot of things. My target was to meet up with my final year dinner night. I wanted to be Kunle’s date for that night.
Whatsoever you set you mind to achieve, you can do it has never been a reality in my life. I did it. I slimmed up, and I became more dashing and beautiful.
A week to the awaited dinner night, I saw a note in my locker addressed to me. I beamed with smiles as I read
‘Will you be my date?’ K..

Yes!!! I screamed so happily that I called attention to myself. I had to apologize for the disruption though I couldn’t stop giggling while apologizing.

Breaking the good news to Katherine, she was happy for me but became concerned about the identity of the mysterious writer.
The D-day was here in a blink and I had to look my best for my date, I wore a creamy gown well matched with heels. My face was well primmed and my lips luscious. I had never looked so beautiful for I felt proud of myself.  As everyone entered with their date, I stood searching for Kunle, he had to be here. And soon, my Prince charming came in through the door arms in arms with Katherine, I felt hurt and wished for the ground to swallow me up, I was about walking away when Katherine called me by my name “Jane” , turning back to look at her with hurt filled eyes, she hugged me; I had a lot to ask her but I lost my resolve in that little hug. She held my hand and led me to Kunle who was glowing with smiles. She handed me over to him and I wanted to talk.
Smiling she said ” Meet my cousin, Kunle” I gasped and smiling she walked towards the hall blaring with loud songs and cheers.
Feeling awkward, I stood not sure of what to say to Kunle, we never had a meaningful conversation. He smiled and offered his hand for a handshake, which I received with a blush on my face
“Hi” he said
“Hello” I replied with a wide smile,as the music played in my head. He smiled in return.